What is holding back the proliferation of industrial AR deep in manufacturing supply chains? William Bernstein and Christine Perey of the Augmented Reality for Enterprise Alliance (AREA) argue that this is a lack of interoperability.

Augmented reality (AR) has arrived. If you’ve recently bought a smartphone, all of the technology needed to build and interact with a meaningful virtual stage is probably right in your pocket.

Early users of AR in manufacturing, for example, have already demonstrated the value of AR in an industrial environment. In a study, Boeing reported a 30% reduction in the time it takes to build an aircraft wing with AR.

Articles passed in The manufacturer magazine showcased the use of AR and cited automotive experts such as Bertrand Felix of the Volvo Group in May 2021.

Such victories have caught the attention of corporate boards. IDC predicts a 78.5% increase in global AR / VR spending in 2021. So what is preventing the proliferation of industrial AR in the depths of manufacturing supply chains, including sub- small contractors? In short, interoperability. Or, more precisely, its absence.

For decades, the engineering design and manufacturing communities clashed. These “battles” have mainly focused on properly describing design requirements in formal documentation and, more recently, through validated and computer-interpretable models.

To avoid rework and trade through the “wall” between engineering and manufacturing, standards development organizations (SDOs) continue to focus on holistic and persistent descriptions of design and manufacturing requirements.

In complex assemblies, managing engineering changes on a distributed production network remains a challenge. Engineering software platforms have made significant progress in interoperability in their own suite of tools.

However, as the manufacturing industry continues to move towards more distributed operations, many of these efforts fail when developers have to work across multiple platforms.

For industrial AR, the challenge of interoperability is compounded. Like the incompatibility of engineering design and manufacturing tools, AR authoring suites often force developers to stay in a silo, which can lock the customer into a particular platform and framework.

The lack of interoperability suitable for AR in Industry 4.0, and manufacturing in particular, is costly. For example, recreating the same virtual scene in two different game engines requires extensive retouching or manual work.

Connecting these two software “worlds” of AR engineering and development practice is the gap. Take the two common industrial RA use cases specific to manufacturing: maintenance and assembly instructions.

Both use cases often require detailed animations to provide job instructions to workers on the production floor or on a job site.

As previously described, one-off AR installations have already demonstrated significant value. Unfortunately, the fragility of such installations is obvious and often recognized by their developers.

If the baseline data and models change and the use of AR is to continue, the strengths of the AR experience must also change. However, automated and persistent data binding, often referred to as “digital thread”, has not yet been achieved.

As a result, the skills of software engineers are again needed to debug and resolve any broken relationship between source material, for example, design models and process plans, with AR presentation objects.

This barrier also affects the reproduction of virtually the same AR interactions in a similar (but different) product system.

A merger of standards will help overcome this divide. Adhering to the same analogy, the drawbridge between the practice of engineering and augmented reality must be automated. A recent workshop held at IEEE ISMAR 2020 aimed to bring the two communities together to understand the main weaknesses.

Workshop attendees represented a diverse range of expertise, including geospatial information scientists, AR software architects, and manufacturing engineers. The results suggest that much of what is needed to achieve an AR-compatible digital wire is already underway in a number of SDOs, including, but not limited to, the Khronos Group, International Organization for Standardization (ISO) and Open geospatial consortium (OGC).

The future of AR and manufacturing

For example, particularly notable efforts include neutral data formats for:

In reality, these standardization efforts, and many others not mentioned here, remain disconnected from each other and have yet to be adopted into manufacturing and digital design tools.

Going forward, manufacturing industry stakeholders and standards working groups need to plan for the adoption of emerging technologies, such as industrial AR.

Without proper planning, interoperability between domain-specific models, such as those used in manufacturing, and advanced presentation systems, such as AR, will remain stuck in test facilities, prototypes, and projects. pilots who never reach scale and keep their promises. socket.

And, without interoperability, manufacturers will continue to struggle to improve the maintainability, reproducibility, and scalability of industrial AR facilities.

Next Miller Metal Fabrication Expands to Delaware with 60,000 Square Foot Facility in Sussex 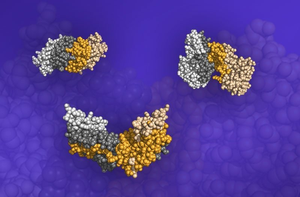