FRANKFURT, Ky.—Kentucky’s economic growth is proceeding at an all-time high, and the state’s manufacturing sector is at the center of that success. Today, Governor Andy Beshear designated October as Commonwealth Manufacturing Month in recognition of the nearly 5,000 industry installations across the state.

“We are setting a new standard for economic growth in Kentucky, and we are doing it with manufacturers in virtually every industry,” Governor Beshear said. “Manufacturing is absolutely vital to our long-term vision for the Commonwealth, and this is reflected in the large number of Kentuckians employed in the sector. We are positioning Kentucky for long-term economic growth, and manufacturing will continue to be an integral part of this effort. I want to thank every manufacturer in our state for their contribution to our tremendous economic success. “

Kentucky manufacturers are helping position communities across the state for future growth, employing more than 250,000 people and providing high wages and upward mobility to Kentucky families. The Commonwealth’s manufacturing prowess stands out nationally, with the sector accounting for $ 37.5 billion of the state’s gross domestic product; it employs around 13% of the state’s workforce against a national average of 8.5%.

Manufacturers spearhead the success of a number of Kentucky industries including distribution and logistics, automotive, aerospace, primary metals, healthcare, food, beverage , agrotech and many others.

Manufacturers played a key role in Kentucky’s record pace of economic growth in 2021, responsible for the majority of the more than $ 8.7 billion in planned investments and the 11,700 new full-time jobs announced by companies in the private sector since the start of the year. This growth includes not only a high volume of newly advertised jobs, but also quality opportunities for Kentuckians. Through July, the Kentucky incentive average hourly wage is $ 23.47 before benefits, an increase of 6.2% from the previous year.

Since the start of 2020, manufacturing projects have contributed to more than 200 announcements of new locations and expansion that will create more than 13,500 full-time jobs with approximately $ 10 billion in new investments.

Shelley Goodwin, Acting Executive Director of the Kentucky Manufacturers Association (KAM), said the importance of the sector has been fully highlighted as businesses overcome recent challenges.

“Our industry has shown tremendous resilience during this pandemic. As we start to rebound, the importance of manufacturing and logistics has become evident to everyone, ”said Goodwin. “Thanks to the manufacturers in Kentucky, store shelves are stocked, food is on the table, and millions of doses of vaccine have been created and delivered. We sincerely appreciate Governor Beshear’s recognition of Kentucky Manufacturing Month. Manufacturing Month shows why our industry is so vital and what it offers our state and the rest of the world.

Kentucky has a number of advantages for manufacturers looking to locate or expand in the Commonwealth, including its ideal central geographic location, which places the state within a day’s drive of two-thirds of the population and United States revenues. This allows manufacturers to quickly distribute their products to major US markets, while the global airfreight hubs of UPS, DHL and Amazon ensure fast and reliable overnight distribution across the globe. The state also offers low commercial costs, including the lowest industrial electricity costs east of the Mississippi River, according to the US Energy Information Administration.

Kentucky’s manufacturing strength is also displayed in assessments issued by the Center for Business and Economic Research at Ball State University, which publishes its U.S. Manufacturing and Logistics Report Card each year. Kentucky was the only state to receive an “A” rating in all three categories of manufacturing industry, health care, international trade and logistics industry, reiterating the well-rounded manufacturing success of the Commonwealth.

Manufacturers will continue to play a pivotal role as Kentucky builds on recent economic momentum in response to the effects of the pandemic.

In July, thanks to strong budget management from the Beshear administration, the state budget office announced that the Commonwealth had ended fiscal 2021 with a general fund surplus of more than $ 1.1 billion – the highest ever in the Commonwealth – and a 10.9% increase in the general fund. revenue to $ 12.8 billion.

In May, Moody’s Analytics published a positive economic outlook for Kentucky, noting that mass vaccination was the driving force behind a sustained recovery in consumer services. The state’s recovery, Moody’s said, benefited from earlier reopening efforts and increased demand for manufactured goods relative to services. The report also found that Kentucky’s manufacturing industry has outperformed the nation’s since the national downturn last year.

Fitch Ratings in May improved the state’s financial outlook to stable, reflecting the Commonwealth’s strong economic recovery. April sales tax receipts from the state set a monthly record of $ 486.5 million, as did vehicle use tax receipts of over $ 64 million.

In March, Site selection magazine’s Governor’s Cup annual ranking for 2020 placed Kentucky at the top of the south-central region, and third nationally, in qualifying projects per capita. The Commonwealth also ranked seventh in total projects, the highest of any state with a population of less than 5 million. Site Selection also recently tied Kentucky for fifth in its 2021 Prosperity Cup ranking, positioning the state among the nation’s leaders in business climate.

Previous We Happy Few presents 'A Midnight Dreary Episode 3: Etched in the Wall' 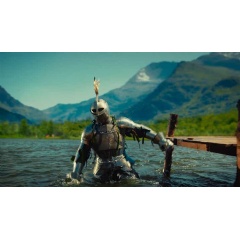