Hays County, TX – Plastikon Industries, an international automaker and known supplier of interior components to companies such as Tesla and Toyota, will open a new plant in Kyle at the Plum Creek Logistics Center. The company will invest an initial amount of $ 13.6 million and create more than 200 full-time jobs in the region.

â€œFor several years, we wanted to locate in Texas, more specifically near Austin,â€ said Mark Petri, executive vice president of sales and business development for Plastikon. â€œHays County is strategically located for our business operations, and when you add in the enormous talent pool, available construction infrastructure and housing made by the developers of Plum Creek, now is the time for Plastikon to establish a new operation in the Texas Innovation Corridor.

The announcement became official during Tuesday’s session of the Hays County Commissioners Court, which approved a performance-based Chapter 381 agreement with the company.

The company is currently recruiting locally to fill positions at all levels, from senior management to members of the production team. The company will offer competitive salaries that meet or exceed the county average salary in order to attract and retain team members.

As with its previous North American locations, Plastikon plans to develop training and recruitment programs with local school districts to help prepare its future workforce. Construction of the company’s facility is already underway and is expected to be completed in early December. Operations will also begin in December.

“Plastikon is a great example of a manufacturing company requiring an expedited site selection process, allowing them to start production in just a few months,” said Jason Giulietti, president of the Greater San Marcos Partnership (GSMP). “This location announcement was made possible by the investment and foresight of the developers at Plum Creek who provided the specification installation and the continued great support of the Hays County Commissioners.”

The announcement follows more than a dozen other major business location announcements made this year, including goodblend â„¢ Texas, Iron Ox and Cooperative Laundry, which have also invested millions of dollars in capital investments and are creating hundreds of jobs for the region. .

“Plastikon’s investment in our county and the creation of over 200 jobs will have a long and profound impact on improving the quality of life for many members of our community,” said Hays County Judge Ruben Becerra. â€œWe welcome Plastikon to Hays County and look forward to their success in the Texas Innovation Corridor. “

Founded in 1982, Plastikon is recognized as one of the world’s leading plastics manufacturers and subcontractors. In addition to medical devices and electronics, the company manufactures several interior and under hood OEM automotive products, such as door trims, battery boxes, dashboards, tail lifts, and more. The California-based company has 13 facilities around the world, including Kansas, Kentucky, Michigan, Hong Kong and China. This facility is the first Plastikon operation established in Texas.

Over 35 years ago Plastikon was established with the mission of being recognized as one of the world’s leading plastic manufacturers and subcontractors. Today, Plastikon continues to provide award-winning services and plays a vital role in many of the world’s most successful businesses in their respective industries, including medical, automotive and electronics. By leveraging cutting-edge technology and dedicated employees, Plastikon has built a worldwide reputation for exceeding customer expectations.

The Greater San Marcos Partnership (GSMP) is the 501 (c) 6 regional economic development organization serving the City of San Marcos and the counties of Hays & Caldwell, focused on positioning the region for a greater diversity of quality jobs with salaries higher. The mission of the GSMP is to increase economic opportunities for all at the heart of the Texas Innovation Corridor. Visit Greatersanmarcostx.com for more information.

Previous On sustainable development: the scoreboard of the watch industry 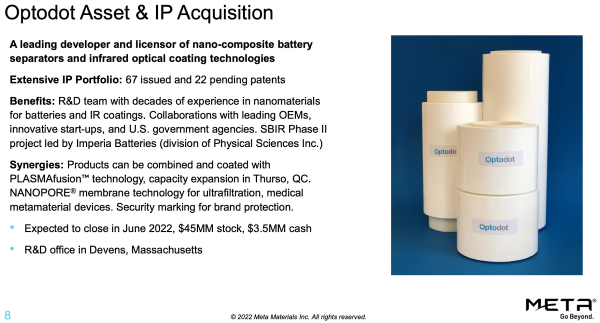